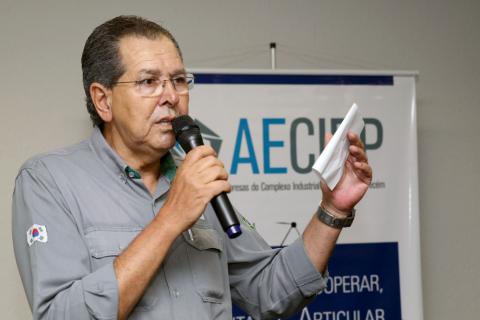 There is still no evidence that Brazil is recovering from one of the most serious recessions in its history. The reflexes of this crisis run deep and have a bigger impact on the 14 million unemployed people in Brazil. The economic and political scenario is complex, and facing it asks for an urgent recovery of social and economic development.

We are aware that the return of investments and the reorganization of a positive environment for business in Brazil are essential to overcome the current scenario and thus achieve full economic recovery and, most importantly, its maintenance in the longterm. Figures in the Brazilian economy are erratic. Nevertheless, within this unprecedented Brazilian crisis, the State of Ceará is in a position as a "catalyst” of achievements, challenges and opportunities when we notice interesting distinguishing features. The growth potential of Ceará’s economy compared to the Brazilian economy is better today; amidst this mess, important projects were developed and they renewed confidence in the development of Ceará.

Recent data by the National Treasury Department (July 2017) show that Ceará is the lst State in the country regarding balanced expenditures and public investments. According to a recent survey by the Brazilian Institute of Geography and Statistics IBGE released on July, llth, the domestic industrial production increased in 10 out of the 14 places surveyed in May, compared to April. Ceará was the State that reported the largest improvements in industrial production: from April to May this year, there was a 5.9% boost, the second consecutive month of expansion, totaling 7.3%.

According to the Federation of Industries of the State of Rio de Janeiro Firjan, Ceará is the State that enjoys the best fiscal conditions in Brazil. The data, released on Firjan’s publication about the economic situation for April 2017, also showed that Ceará is proportionally leading investments in Brazil. Furthermore, the survey reports that Ceará has the best austerity policies in place, and it is financially the most stable among the 27 units of the Federation.

The State of Ceará today is also a highlight in education in Brazil. Out of the 100 best Elementary Education schools of the country, 77 are from Ceará. The Energy sector is versatile and considered as one of the segments that can shape the future.

Ceará's capital is in a strategic location, being the dosest point to the United States and the African continent, which makes it a digital interconnection point, spurring Angola Cables, one of the main telecommunication companies in the world, to establish an Office in Fortaleza. The location of Pinto Martins International Airport in the capital of Ceará led the German company Fraport to bid and win the concession of the airport. Fortaleza has the fastest flight times to the most important international airports.

Fraport increased by US$ 200 million the investments in Pinto Martins International Airport, for the 30 years during which the company will manage the Airport of Fortaleza. In addition, the company guaranteed the necessary structure to attract an intemational airline hub. The concession agreement established a minimum of US$ 500 million in investments, but the company intends to invest between US$ 550 million and US$ 650 million to modernize and expand the airport.

Furthermore, Ceará has a modem infrastructure that was able to attract big companies from the whole world. Pecém Industrial and Port Complex (Cipp) is a competitive advantage to attract new investments to Ceará. The Cipp, with a 13,000 hectare-area, today has 40 companies, between factories and Services, in operation. International investments account for 50% of them, generating 13,000 direct jobs and 39,000 indirect jobs. It has a highly competitive port, the Port of Pecém, an anchor company Pecém Steel Company CSP, and an Export Processing Zone EPZ Ceará, the first operating in Brazil and standing among the most important in the world, according to the Foreign Direct Investment magazine FDI, of the Financial Times.

The Port of Pecém ranks 2nd in the performance ranking of Brazilian ports and ifs especial because it's the dosest one to the Panama Channel, offering highly attractive port taxes, a draft that is 15 to 20 meters deep, ability to handle Post Panamax ships, and a modem platform with a strategic geographic location; ifs the Brazilian port dosest to África, the USA, Europe and Asia, making it a strong candidate to become a cargo hub for the Northeast.

Cargo operations in the Port of Pecém in 2016 were 60% higher than in 2015, which shows the great improvement potential of this port instailation to meet the market demands. This year, operations have already increased due to investments that were made in infrastructure, equipment and also due to the operation of Pecém Steel Company CSP, which started its activities in June 2016. (Currently, that port of Ceará has the capacity to handle up to 750,000 TEUs/year and the expectation is that it will end 2017 with 14 million tons).

In this achievement scenario, Ceará can establish itself as the fastest growing State in Brazil, considering, at last, the dynamism and partnerships among the State and Municipal Governments and institutions involved in local development, especially the Federation of Industryies of the State of Ceará - Fiec.

From this, we can condude that Ceará is the State that has been showing the most sensible fiscal policies in Brazil, increasing government capacity to invest; thus, it become stronger to attract foreign investors in spite of the dramatic scenario that our country is in today.

Ceará is the right place in this giant country, Brazil, where companies can do business to attain a global scale, considering it has a highly competitive port, Pecém Industrial and Port Complex, with a Steel mill as anchor company and the first EPZ in operation. I State and highlight that this Vision of Ceará’ social-economic development is the result of a positive relationship among all the most important leaders in Ceará, regardless of their ideologies, private leaders and civil societies over the last 25 years.

These current figures are the result of past commitments to the well-being of the people of Ceará and projects of the State. As a Citizen of Ceará, I emphasize that the future merit of Ceará deserves a contribution from the sustainable petrochemical industry, an integrating metal-mechanic hub and a global center of technological excellence.

The most important factor for successful achievements and opportunities is in the hands of the people of Ceará, who are, above all, strong.